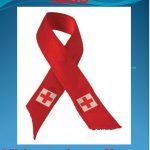 What are HIV and AIDS? Introduction The first reports of AIDS in the USA in 1981 among homosexual men and injecting drug users By the end of 2001, over 2.7 million cumulative AIDS cases had been reported to the WHO The developing world as a whole accounted for well over 80% of all AIDS cases It is estimated that about 7.1 million people have HIV infection and … END_OF_DOCUMENT_TOKEN_TO_BE_REPLACED